“It’s a case of the old dog for the hard road,” laughs Frances Boyle as the veteran of community work in Dungloe, County Donegal chats to See Her Elected about her plans for Local Elections 2024 and what she has gained from the online SHESchool workshops.

Sixty-two-year old Frances is a native of The Rosses in West Donegal and she has over thirty years experience in community development, entrepreneurship and “general cop-on”. Indeed, it’s that “can do, no nonsense” sense of attitude which Frances exudes and which no doubt would make her an ideal public representative if she decides to throw her hat into the political arena for the next Local Elections. A mother of four grown up children, Frances is no stranger to hard work, having run her own local business for many years. Her pathway into community work began back in 1997 when she became involved with a Second Chance Education group for women in Letterkenny and part of the course included politics and leadership.  The group had to investigate potential community projects in the town and they examined the Dungloe town development plan and the Maghery Band. Frances was an instrumental force in helping to establish the Maghery community centre over a decade ago which was a real game changer for the area, and she worked there for many years.

Frances completed the ‘Introduction to Politics’ course with SHESchool which whet her appetite and she is now currently enrolled on the more intensive SHESchool workshops to coincide with the Guide to Running in the Local Elections 2024.

“I haven’t said no to running in 2024, we’ll have to wait and see but there are so many other roles you can play as part of a campaign team. I suppose I had become disillusioned with politics- some politicians don’t have a good name but if you don’t get involved you won’t see any real change. You don’t see many women at these decision-making levels but yet if you took women out of community development very little real work would happen on the ground,” said Frances.

The County Donegal woman praised SHESchool for its accessible model which was open to everyone. “The zoom meetings are great and the classes are at different times of the day and it’s all free and you can learn at your own pace. It’s great to learn more about politics and how the structure of the council works, and SPCs and PPNs and the Gaeltacht Forum for example but really, I’d like to see politics being taught in more schools as women shouldn’t be in a situation having to learn all this in the mid-forties- we would have a better starting point if all of this information was taught in schools,” said Frances.

With only four female county councillors out of 37 in County Donegal, the area has been starved of female representation over the decades, like so many counties in rural Ireland. But it’s women like Frances Boyle who could offer real and tangible change- “I’m a doer- I don’t like sitting around- I like to get stuck in!” 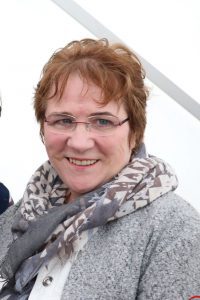