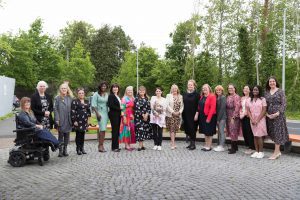 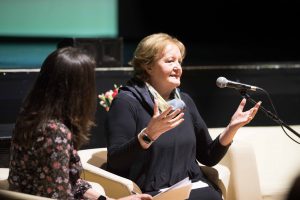 Women are often driven by a sense of social injustice as a pathway to politics and more women need to support each other as allies in a bid to bring about a cultural shift- that was one of the key messages from the ‘Promoting Gender Equality & Diversity in Local Government’ event hosted by Clare County Council and See Her Elected in glór, Ennis.

Finance and childcare are still major barriers to women running for election, but a strong inner belief and demystifying of politics are part of some key solutions. One of the pathways from the seminar is an ‘Introduction to Politics’ course from See Her Elected which runs on May 23rd and 30th. This free online course for women from County Clare aims to empower women to engage in electoral politics. The free online SHESchool course is for anyone who wants to start to build up a bit of knowledge about what politics is and how politics works. The classes will run twice on each date in a bid to fit into day-to-day life with a morning option from 11-12.30pm and an evening option from 7.30-9p.m.

“We want to see more women being elected to county councils. Our free online #SHESchool which is all about explaining local politics, where you fit in, and what you can do to have a say in what goes on. Only 26% of county councillors throughout Ireland are female and we have a much lower percentage of female councillors in rural counties compared to more urban centres such as Dublin. There are only 4 women out of 28 councillors on Clare County Council and it was 1979 before women were first elected to Clare County Council when Madeline Taylor and Patricia McCarthy were elected. In total only nine women have ever been elected. It is important to have a female perspective at decision making level as this will ensure more balanced decisions are made on a range of issues which matter to us as women whether that’s climate change, employment, parenting, care or violence against women for example.

“There are two classes to this introduction to Politics- the first one will cover Active Citizenship and Public Participation in council decision making while the second class will focus on ‘Who does what in the Council’ and the role of a county councillor,” explained Dr Michelle Maher, Programme Manager with SHE. Registration for the ‘Introduction to Politics’ course is available on www.seeherelected.ie/events

Madeleine Taylor Quinn, the first female TD for County Clare and one of the first women elected to the council in 1979 was the keynote speaker at the event in glór.  Ms Taylor Quinn said that finance and childcare issues are still some of the major barriers for women entering politics as well as a lack of maternity leave for county councillors. “My first child was only two weeks old when I got a call to say you better be in Dublin tomorrow for a vote of the Government could fall- imagine being put under that sort of pressure,” said Ms Taylor Quinn.

Noeleen FitzGerald, Director of Finance & Support Services at Clare County Council said that women could bring a “unique perspective and a can-do attitude with a focus on problem solving at decision making tables.” Ms FitzGerald thanked all the young secondary school students who attended the event and she praised them for their positive engagement and feedback.

Speaking on the diversity panel Victoria Olukitibi said that politicians often dismissed young people as ‘the snowflake generation’ but she noted that the housing crisis was a major issue for young people in society. “Many of the men in the Dáil are coming from permanent pensionable jobs into the Dáil- they don’t know the reality of life for us as young people whereby we can’t move out of our parents’ home because of the housing crisis and that has a knock-on effect on our careers,” said Victoria. She also noted that “being a woman can be hard enough but if you were to run for election as a black woman you face racism on top of everything else.”

“Is it a case of men standing down or a case of women standing up,” said Cllr Clare Colleran Molloy, a keen advocate for gender quotas at local election level. Cllr Colleran Molloy noted that this “affirmative action” could then cease when it was no longer required, and the council chambers were more reflective of the society it represented.

Senator Roisin Garvey urged women to become involved in politics saying: “When I was 12, I asked the priest could I serve Mass and he said no it was only boys. It made no sense, and that injustice sowed a seed in me that day to effect change. Politics is not as highbrow as you might imagine- it’s about real people with real heart who really care about their community,” said Senator Garvey.

Clare TD, Deputy Violet Ann Wynne urged women to believe in themselves: “Your lived experience is enough, don’t listen to anyone who tells you that you can’t- Believe in yourself- politics is about representing people and making your community better,” said Deputy Wynne.

Elaine D’Alton of the Women’s Collective Ireland, Clare pointed to the often-undervalued work by women in society.

“The underdog never has a voice- don’t be afraid to use your voice. There is a serious problem with the non-recognition of unpaid work which women do in society and their huge contribution is often undervalued,” said Ms D’Alton.

Sinéad Doody of Doody Consulting Ltd acted as facilitator for the event.

See Her Elected is a joint initiative between Longford Women’s Link and 50/50 North West. The project is funded by the Department of Housing, Local Government and Heritage. 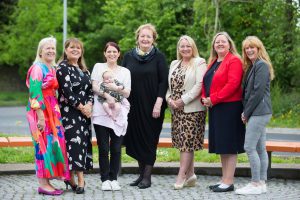 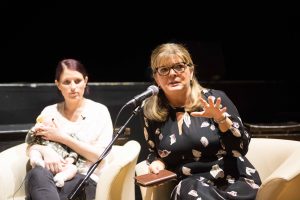